The energy of the ion beam is typically several hundred V to several kV. Target atoms can escape the surface when they receive an energy larger than the sputtering threshold energy, or surface binding energy. This energy depends on the target and is on the order of a few eV. The average kinetic energy of the ejected atoms depends on the energy, angle and type of incoming ion, and the nature of the target material, and is typically tens of eV. 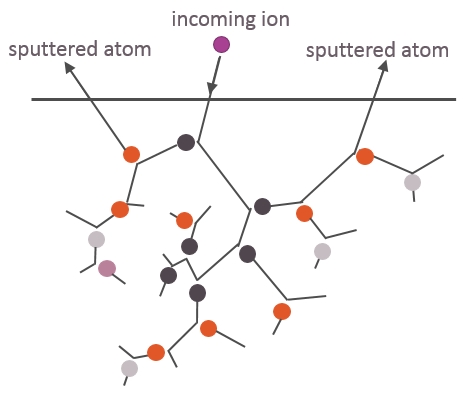 The workhorse of industry in terms of PVD methods is magnetron sputtering. In magnetron sputtering an inert gas is ionized in a plasma between the substrate and the target, which is confined by a magnetic field. The target is biased and gets sputtered by the positive ions that are accelerated towards it.

Furthermore, contrary to other sputtering methods, ion beam sputtering offers the ability to control independently and over a wide range the ion energy, flux, species, and angle of incidence.

Pulsed laser deposition uses a laser directed at the target to vaporize the target material. 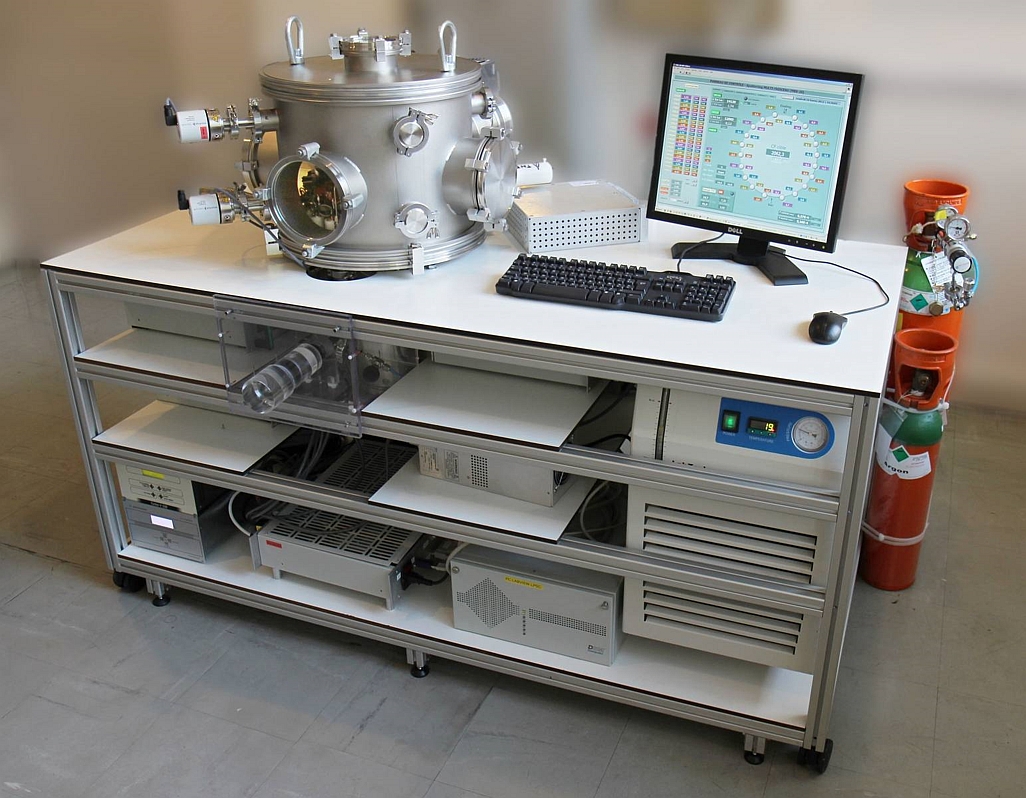